OUR TOWN – A FICTIONAL VIEW 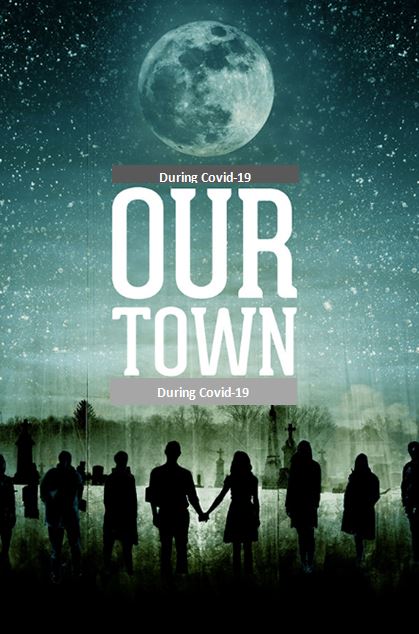 OUR TOWN – A FICTIONAL VIEW

This article is a work of fiction. Names, characters, businesses, places, events, locales, and incidents are either the products of the author’s imagination or used in a fictitious manner. Any resemblance to actual persons, living or dead, or actual events, is purely coincidental.

This story goes back many years. But we are going to bring it forward quickly as it’s about what is going on now, that is the important part to know. The town, Coronatown, was controlled by Democrats for 24 years by a Supervisor that was Republican his first 12 years then turned to a Democrat. He wanted to take his power along with him, so then for the next 12 years he ruled over Coronatown with an iron fist and controlled every aspect of town government. When we say everything we mean everything. Even though the world was conducting business online, the supervisor wanted nothing online because then he could not control Foia(Freedom of Information Act)/Foil requests. (If you do not know what a Fioa/Foil request is, it is to get documents the public is entitled by law, to shed light on government). He controlled any public request for documents which he had no right to. So many things were kept out of the public eye and kept secret. The Director of Public Safety protected a slumlord that owned 90 properties in the town and received 80% of the money from HUD through the “Huntington Housing Authority.” This was approximately $2,400,000 annually. His homes were so sub standard, you would not even want your worst enemy living there. But yet 100’s of students from two school districts did. But the public really did not know this (the public didn’t know much of what their town was doing), even though it was blatant to those who Foia/foiled town hall.

Thus many problems then happened over many years in our town. Tax jurisdictions were pillaged and many properties were taken off the tax rolls causing school property taxes to climb. No one in the town cared, but tax payers, not school boards or library boards. So many apartments were made because residents could not keep up with the taxes.  Public Safety looked the other way for those connected at Town Hall. So many laws were broken during this time, like these two – Apartments must have two spaces for cars for the apartment off the road and there can be only so many apartments within a certain distance between apartments. In certain areas, these rules were not followed. All of which in the 1990’s, 2000’s, 2010’s this made our town difficult to live in.  As an example, especially during snow storms, in places with too many apartments, you could not get down those streets with snow or not. Life went on because both Republican and Democratic citizens looked the other way because of work, school, children and paying property taxes which are the highest in the nation here in this town.

So, now we are in the 2017 election to get rid of the non responsive Democrats to fioa/foil request. Councilman Josey Wales, a long time council person ran for Supervisor, yet the local republican political party did NOT want to put up a WOMEN. So Josey Wales said if not, I AM NOT RUNNING. Josey Wales was a definite winner. But he said “no, not running, without a woman on the ticket” which the Democrats did have with, Catherine Joan Tramell. Instead, Vinny A.Messeria (R) runs and wins the seat just like Josey Wales would have. In November 2017, Vinny A. Messeria wins, no surprise there. Josey Wales would have too, except for him wanting a women on the ticket.

So, the history of Vinny A. Messeria is that he was a state Assembly representative for the district. He had to give up his seat to become town supervisor, a job that paid more than $80,000, more than his current one. He had to close his office in Albany and he went with his chief of staff and things went wrong. Vinny A. Messeria allegedly tried to force drinks and sex on his chief of staff many times according to a lawsuit filed by his aid, in early December 2018. The aid was promised a top job in the town. Vinny A. Messeria was scheduled to be sworn in January 2018. Yet, knew he was being suited for tying to sexually harass an employee. NY State currently is investigating this, yet to date there are no answers.

So, in January 2018, Supervisor Vinny A. Messeria is installed and the town board is convinced he is not right may be because of the upcoming lawsuit. He could not concentrate on the job ahead of him, such as appointments. So as politics are, a new republican board should have turned a 24 year controlled democratic board appointees over, yet the supervisor couldn’t even make decisions on appointments to the town, and board members were concerned. Why, because he is being suited. His capacity is very diminished, some have said since he was drinking heavily. He puts up 12 appointed positions of 60, which democrats would have appointed at least 50-60, upon party control. He still cannot tend to town business because he is distracted.

The supervisor was warned by one of the appointed deputies that a left over democrat was reading everyone’s emails and trying to get a sexual harassment charge against the appointee. However, he took no actions, a rookie mistake, and later that year would vote to unappoint that deputy hire, as was scared by democratic leftover appointee’s and those around him. The previous left over Democrats were concerned this newly appointed republican deputy might uncover issues/problems. Much pressure was put on this appointee by his Democratic Director, that he convinced the two democratic board members to convince the supervisor that he had to go. So the two democrats plus the supervisor a republican voted out this deputy. This sent shock through town hall to all appointees that the supervisor does not have their backs.  And that he cannot concentrate because of his sexual harassment lawsuit, and that his drinking is getting worse.

Now fast forward to 2019 December, the town has an issue with a director which sent an email to an employee. One that was totally inappropriate. Councilperson Catherine Joan Tramell was incensed. She called for the man to be hung from the telephone poles on Main Street. That Director was asked to resign, and he did.

Nationwide, a shutdown happened right after the resolution, due to an epidemic.  The Country and Town are shutdown. New town meetings are via online tools. One of issues is now that the town’s citizens cannot ask questions. So no one can ask, what was that investigation for!

Is resolution looking in to the supervisor? Or who?  And why?  Wow, stuff is now getting complicated. It appears that the Supervisor is getting investigated for a second sexual harassment charge and the towns people have no clue, just like with the past supervisor.

And the PUBLIC cannot ask any questions with the virtual meetings. All other government meetings that we know of are allowing questions, but not ours because of the scandal happening.

And the town attorney, through the supervisor, has now hired two law firms spending up to $20,000 for each investigation against councilpersons. Right now there are $60,000 of investigations against 3/5 of the board.

So we role forward to the next virtual meeting May 2020, and another resolution by Town attorney via the supervisor Messeria, is to hire another Law Firm to look at stuff done by Marko Kutherberg as told by town sources. So as of now we have 4/5 of the town board being investigating with your tax payers money, that is 4 x $20,000 = $80,000 on town board investigations.  What is going on, people? AND the public still can’t ask questions. It seems like a weak supervisor Messeria with all his sexual problems and a thin skinned Town Attorney Nickoli Rasputin Romanoff have gone rogue.

Will Coronatown survive this abuse of power, during a pandemic/epidemic?  Many businesses , governments will not survive this covid-19.