July 23, 2020 3:38 pm | Filed under: Arts & Entertainment,Heart of the Community,Long Island,News | Posted by: The Huntingtonian Staff 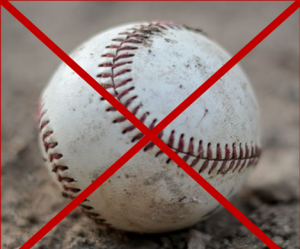 Let me preface my rant by telling all of you that I have not watched a single NFL game since 2017. I think you may know the reasons why, but just to be crystal clear it has to do with disrespecting our flag and disrespecting our country. The player’s massive fortunes, and the billions in revenue the league organizations receive, created by our free enterprise system does not confer them nor you the right to disrespect the fans that made them rich. Everybody has an opinion and they are free to express it, but as Americans we have to respect our country and respect our flag, regardless of our opinion.

I love baseball. I played as a kid, I’ve coached it for 16 years for youth teams, 9 of my players went on to play college baseball with 3 being drafted by your organizations in MLB. It is the quintessentially American game. It gives me and so many millions more great pleasure every season. I have been a baseball fan since I was seven years old, in great measure due to my father, a rabid Yankees fan. I’ve been a loyal follower of the NY Mets since the 1966/67 season, when I was 9 and 10 years old! I was hoping this COVID virus shortened 2020 season would at least provide some solace to all the fans out there, myself included, who have dearly miss baseball. Alas, it was not to be.

This morning I see photographs of players and coaches kneeling when they are singing the national anthem. I’m sorry, but I can’t tolerate that. As the executive management of Major League Baseball you are under an obligation to tell your employees — and they are your employees — that they have to provide a measure of respect for the traditions of the country. Political opinions do not belong in sports, or any other entertainment, for that matter. They belong outside of the arena. I don’t care what opinions the players and the coaches have. I could care less. I pay my money to watch them play baseball, not opine on current events. I don’t give a crap whether they are conservative or liberal or progressive or communists, or anarchist or centrist. I don’t care. I just want to watch baseball. Period.

The moment your coaches and players went down on one knee and disrespected the flag, that was it for me. I have had quite enough of this absurd posturing by these simps — in all sports and other entertainment — who actually think their opinion matters in the context of a game/entertainment. It doesn’t. As fans, all we want is to watch baseball. Leave the politics and the divisions and the acrimony out of the arena.

Sadly, you and your organization have finally ruined one of the great joys and pleasures of being an American. I was hoping against hope Major League Baseball wouldn’t follow the same idiotic, self-destructive path the NFL took, but you did and your Organization agrees. I will never watch another baseball game ever again. I did it with the NFL, and now sadly, I have to do it with Major League Baseball. I guess I, and so many others, will have to make do with reruns of the great games of the past that were devoid of this irrelevant and absurd political posturing.  I also just heard that MLB has agreed to “there will be a Black Lives Matter/MLB stencil on the pitcher’s mound during opening weekend games throughout the league “to express support for the fight against systemic racism and injustice,” the Nationals said. Well BLM is a Marxist/communist organization and has no place on an MLB FIELD, let alone not to be named as a terrorist organization. Please research the 3 founder members.

I was a past season ticket holder and thought about doing that again but with these MLB sanctioned “Ok to kneel at the flag of our country and to endorse a Communist/Marxist organization. I’m done with what was the American Past Time, what total and utter disaster for all AMERICANS, my kids and grandkids.