Eugene Cook Stated in a phone call that “I’ll put my reputation up against anyone, I work for all the people in Huntington”

After a massive grassroots effect , on Tuesday, May 25, 2021, petitions were submitted at the Suffolk County Board of Elections for Huntington Councilman Eugene Cook to run for 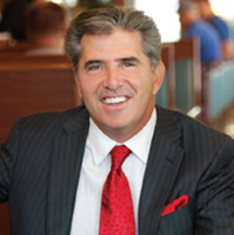 Huntington Town Supervisor.  The petitions that were submitted had double the signature requirement needed for the independent line STOP LIPA to appear on November’s ballot.

“I am honored and proud that residents of Huntington felt so strongly in their support of me that they started to circulate petitions on my behalf.”, stated Eugene Cook.  “Huntington’s economic future is a concern with the nation coming out of a pandemic, Huntington taxpayer’s facing a massive tax increase due to the LIPA settlement, voters need to know that the Town Supervisor not only knows their concerns, but has a track record of getting things done.  When I saw what these Huntington voters were doing for me, I had no choice but to agree to be a candidate this November, even after I dropped my efforts to primary after Supervisor Lupinacci decided not to seek re-election.”

“This grassroots effort to add the STOP LIPA line to the ballot, is not only about the tax increase faced by the settlement with LIPA, but ensuring Huntington’s economic future remains strong while still providing the services that the Town requires.  Preserving the quality of life that makes the Huntington community attractive to not only the residents that live here, but the businesses who line our Main Streets, and the visitors who frequent our Town.  This  effort is about Huntington, not the candidates on the ballot.”, stated Eugene Cook.  “That is why I agreed that the petitions should be submitted, as these  signatures included a balanced and diverse support from members of all political parties.”

Huntington Station citizen Jim McGoldrick stated “Eugene sticks to his word and has delivered for our citizens. He is the only one who cares”