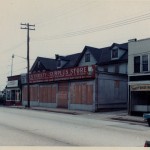 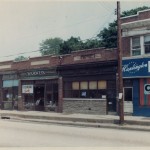 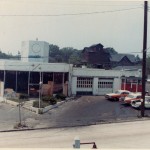 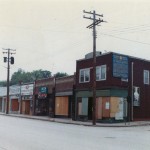 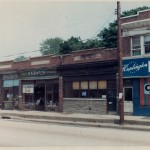 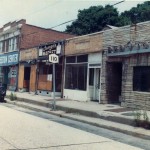 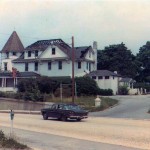 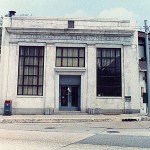 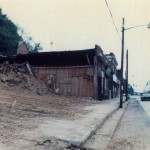 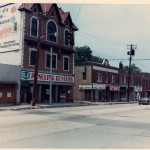 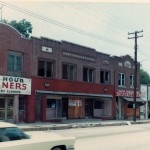 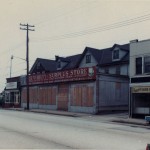 The earliest history of Urban Renewal can be traced back to shortly after WWII when the National Housing Act of 1934 was enacted.  This established the Federal Housing Administration (FHA) for the purpose of improving housing conditions and raising housing standards.  This eventually led to the development of The Housing and Urban Development (HUD).  Although HUD was developed to help minority groups and the poor, it also contributed to racial segregation in many communities.    One reason was that only certain communities were eligible to receive HUD grants for construction projects.  Also, for mortgage assistance, certain communities were excluded.  Ethnic minorities and poor citizens that wanted to apply for these loans were then restricted to where they could look for a home.

In 1937, the US Housing Agency was organized and they began building the nations first housing programs.  This program led to many of the largest housing projects that were built across the country.  This organization provided funding to local governments to build new public housing , but required that slum housing be demolished first.  Again, this continued the racial segregation because it limited where the public housing could be built using these funds.  In 1964 the Civil Rights act removed racial deed restrictions.

In 1968, the New Communities Act provided HUD funding for private developers to plan and develop new communities.  The Housing and Communities Development act of 1974 established the Community Development Block Grant (CDBG) which is still available today.  This act focused on redeveloping communities rather than demolition.

Some areas throughout the United States had successful Urban Renewal programs.  Those that were planned for the specified area of  Huntington Station were not successful and led to the struggling community that still remains today.  The Urban Renewal programs that were implemented in the 1960’s resulted in the demolition and removal of the historic downtown shopping district that once stood on the north side of the Long island Rail Road’s Huntington Station.  This once vibrant shopping district was razed by bulldozers.  Today, there is almost no sign that a thriving community once stood with historical architecture.  Although the intention was to rebuild, buildings were knocked down and 40 years later community members are still waiting for promises of revitalization to be fulfilled.

In 1965, the Town of Huntington Supervisor was Robert J. Flynn.  He commissioned a 10 year plan which was required in order to obtain funds that were set aside for Urban Renewal programs.  The Huntington Urban renewal area was defined as a 324 acre section of Huntington Station that included both sides of Rte 110.  In April of that year, the current Town Supervisor Flynn announced that the first of many projects would begin and would be funded with $12.5 million from the Urban renewal Program.  The first project would cost $120,000.  The project consisted of knocking down three homes and several buildings and replacing them with 300 car parking lot. The rest of the plan promised modern shopping and residential development which would take place over a 10 year period.  This never happened.

As buildings were being razed and plans for demolition of others were in the works, there was growing concern about displacing many families.   The current Town of Huntington Supervisor was now John P. Kane.  A conference was planned to address the relocation of those families whose homes were in the path of the bulldozers.  On May 8, 1967 the conference was held.  One of the issues discussed was that there were growing fears and opposition to the Urban Renewal programs.  Some of these fears stemmed from the fact that the Urban Renewal projects had long periods of time from the planning phase to the implementation phase.  There was also growing fears from the residents who believed they would be relocated to substandard housing.  Much of this had to do with Suffolk’s track record of  having 95% of its neighborhoods basically closed to minority families.   As a requirement of the Urban Renewal funding the Town was required to offer three choices to residents who were being displaced.  Anticipating this, the Town completed the construction of 40 units of garden apartments, 10 of which were reserved for the elderly.  This development is now known as Gateway Gardens.  The development was constructed based on relocation estimates made several years earlier.  As it turned out, there were somewhere between 120 and 190 families that needed homes.  Many families eventually gave up and moved on to other communities.

By 1972, the Town of Huntington Supervisor was Jerome A. Ambro, who was still confident about the Urban Renewal programs.  He made this statement  to a New York Times reporter on May 21, 1972, referring to the revitalization of Huntington Station , “I think it will ultimately result in something that can be pointed to with pride not only by those who live in it and on its periphery, but all who live within this municipality of 207,000 people.”  He discussed how 11 years earlier there was opposition because residents got tired of waiting for unfulfilled promises.  He spoke of luxury apartments and a bustling downtown that would soon be built  with the more than $12,000,000  in Urban Renewal tax payer subsidies.  This never happened.

At this point in 1972, despite the fact that the deadline of the 10 year plan was rapidly approaching, the only projects that were completed were 40 units of housing and an elementary School which would eventually be known as the Jack Abrams Intermediate School.  Building after building was being destroyed with promises of grandeur.

One Response to Closing Of Jack Abrams – Past, Present & Future – Week 2