The Committee on Open Government is responsible for overseeing and advising with regard to the Freedom of Information Law (FOIL), Open Meetings, and Personal Privacy Protection Laws.  The Freedom of Information Law pertains to the public’s right to government records; the Open Meetings Law concerns the public’s right to attend meetings of public bodies. Both of these statutes are based upon a presumption of access and, since their initial enactment, have undergone significant changes based largely upon recommendations made by the Committee.  Robert Freeman, who is shown in this video below, is the Executive Director of the Committee on Open Government.  The video discusses the FOIL law when it pertains to receiving documents. 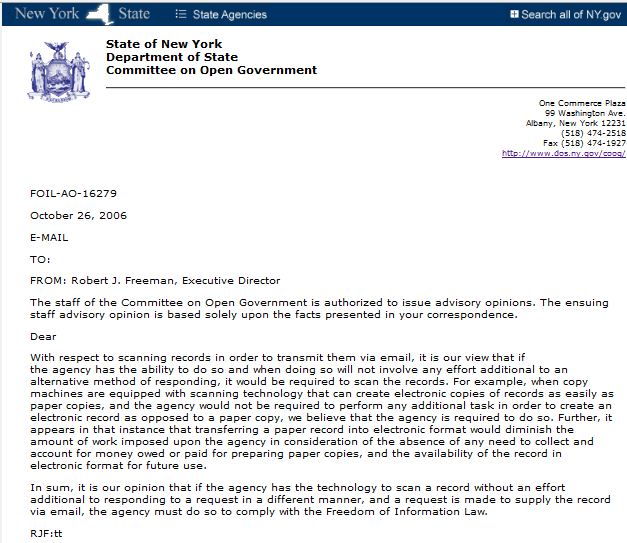