On March 13, 2012, the Huntington Town Board will hold a public hearing regarding the regulation of the moderately invasive plant species Bamboo.  The meeting is scheduled to begin at 7pm.  The public hearing is in response to many homeowner complaints regarding the Bamboo and its detrimental effects to said homeowners that are adjacent to properties with the plant.

Four of the five Town Board members agreed to allow the public hearing to go forward on the 13th, while Councilman Mark Cuthbertson voted no on such a hearing.  Mr. Cuthbertson stated that Bamboo is only mildly invasive and that he already made up his mind not to hear people’s opinion regarding this matter.  Councilman Eugene Cook reminded Councilman Cuthbertson that the Town Board is in place to listen to the people’s concerns prior to making any judgements on proposed legislation. 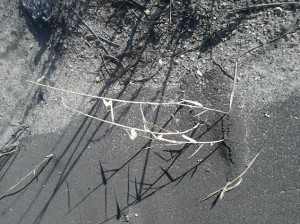 Here are some facts concerning Bamboo.  Bamboo is not native to Long Island but is prolific in its growth here.  Bamboo tends to like moist, rich soil types which are plentiful here on Long Island.  They spread through the rapid expansion of underground shoots.  The shoots of Bamboo are very sharp and are known to grow through such thick surfaces including asphalt driveways!  Bamboo and their associated shoots are also known to cause havoc with residential sanitary systems, thus creating potentially costly impacts to homeowners.  Bamboo shoots are known to grow as fast as three feet per day under prime conditions.   Once Bamboo is established preventing it from spreading is costly and difficult at best.  The recommendation provided to prevent spread is trenching around the planted area to at least three feet and installing an impermeable boundary such as metal, plastic, concrete, etc.  Again this is a arduous and costly expense and furthermore if not done correctly could prove to be ineffective.  At this time Bamboo is not banned from Long Island although certain agencies such as Suffolk County Cornell Cooperative Extension recommend against selling it. 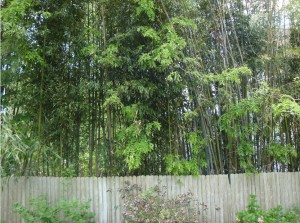 The law being considered in Huntington would fall under Property Maintenance Nuisances, Regulation of Bamboo, and would create a ten foot minimum buffer between where the Bamboo is planted and the property line.  This would also include existing Bamboo on properties.  No grandfathering would occur under this proposed law.  Bamboo that essentially migrates from one property to another would effectively be considered a “Trespass”.  The offending property owner, upon notification would be required to take measures to prevent future migration of bamboo by installing a barrier deep enough (four feet) and also use an impenetrable material.  If a property owner is convicted of a second offense then the owner will be subject to a fine or penalty of not less than $300 and not more than $3000.  If a third offense is committed then the violator will be subject to a fine no less than $500 to no more than $5000. 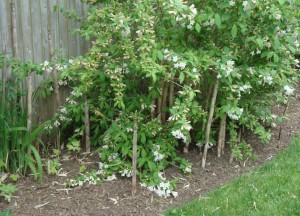 Currently the Town of Smithtown has a law regulating Bamboo utilizing the ten foot buffer protocal as well.  Additionally the Town of Brookhaven is considering a proposed law whereby the planting of Bamboo would be completely banned on properties and would regulate existing Bamboo.  Brookhaven’s legislation would consider a second offense as a misdemeaner with a fine schedule within the range of $1000 to $3000, or be imprisoned up to six months.  Brookhaven’s hearing is scheduled for March 20th.

One Response to Huntington Town Board to Consider Regulating Bamboo