The Stony Brook baseball team has shocked the world. As you look at the picture the hands of all the players they show the “O” for Omaha and they made it. 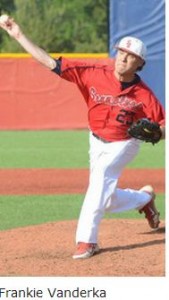 Matt Senk enters his 22nd season as the Stony Brook University head baseball coach, having entrenched the Seawolves as one of the top programs in not only the America East but also the Northeast Region.

Coach Senk was a supporter of Huntington baseball and travel teams from the areas well as all Long Island players through out the years. We should all be proud that a LI team is in the College World Series

in Omaha, Neb. Lets all root for SBU!