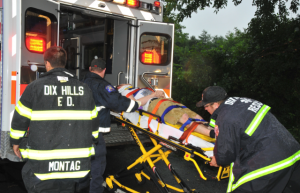 Dix Hills Fire Department volunteer firefighters and EMS personnel responded to an accident after the driver of a Ford Explorer lost control and skidded into a tree on rain-slickened Jericho Turnpike near Warner Road, Saturday evening, July 28. The driver was removed from the vehicle, and transported to Huntington Hospital with non-life-threatening injuries by the Dix Hills Rescue Squad. About 25 fire/rescue personnel were on the scene with two heavy rescue trucks, two ambulances, and a paramedic responder under the command of Chief Richard Granahan. 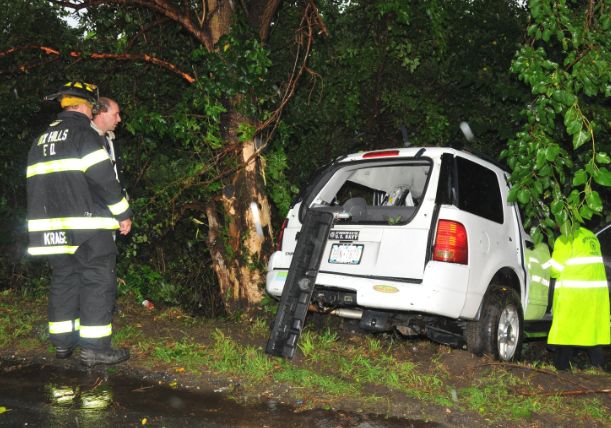