March 3, 2013 8:41 am | Filed under: Around Town,Huntington Station,Investigations,News | Posted by: The Huntingtonian Staff

If you are unable to view this video please click here

The video clip above is from a Town board meeting in May of 2011.  In the clip Councilman Mayoka expresses concern about the  downzoning and future use of a parcel of land in Huntington Station on the corner of Columbia Street & Lowndes Avenue. The parcel included 4, 6, 14 Columbia, 215 Lowndes and a parcel on Railroad.

In February of 2013, Newly appointed CDA Director Joan Cergol, wrote, “The Town and the CDA recently invited Renaissance Downtowns, to participate in the development of Columbia Terrace. This includes 4, 6, 14 Columbia, 215 Lowdes Avenue and a parcel on Railroad.” She continued, “It made perfect sense for our Master developer to have a role in ensuring that their future development is compatible with nearby downtown redevelopment.”

Apparently, several years later, after much wasted time, the other town board members decided to follow Councilman Mayoka’s suggestion from almost 2 years ago.  We can only speculate as to why this project and several others were never built.  In several town hall press releases, the town claimed to have the money, they did a ground breaking, and promised the project would be completed in December of 2011. That’s where it ended.  This seems to happen over and over.

Here are some other examples taken directly from town hall press releases: Northridge, 1000 New York Avenue, Columbia Terrace.  However there are many others as discussed in this article.

So far this project has cost the tax payers approximately $878,000.  It was removed from the tax rolls in 2010 when it was purchased from Don Pius by the town.  Pius was given $778,000 and $100,000 was used for “infrastructure improvements.” Since the property was removed from the tax rolls, this is another example of lost revenue to the Huntington School District.  Despite what Joan Cergol and the town are now stating, there does not appear to be any immediate plans to develop this parcel and get it back on the tax rolls.  We are currently attempting to track the grant money that was supposed to be received for the development of this parcel.  Past FOIL requests have been ignored.

In September of 2009, in a press release, the town claimed that they received two NY State Grants. One grant was for $1,560,000.00 to complete the Columbia and Lowndes project.  The other grant was for $1,170,000.00 to complete the mixed use building at 1000 New York Avenue.  Neither project was completed.  The town has not been forthcoming about where the money is and if it is still available.  We will continue to ask.

Towards the end of the clip, Councilman Mayoka expressed concern that Huntington Station is getting a disproportionate amount of affordable housing.  To which Berland and Petrone state that Melville has been the “hardest hit.”

Toward the end of the video, Councilman Mayoka states, “We should get a good handle on our concentration of workforce housing throughout the different sections of Huntington”.  Pay attention to Supervisor Petrone’s response. 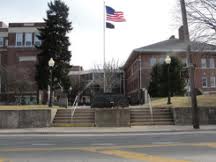