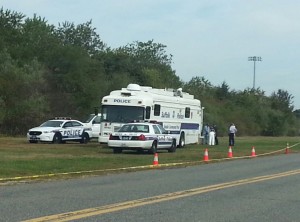 Sarah Strobel, 23, of 11 East 6th St., Huntington Station, has been identified as the woman whose body was found in a nature preserve in Huntington this morning.

Below is the original story:

Suffolk County Police Homicide Squad detectives are investigating the death of a woman whose body was found in a Huntington nature preserve located on West Rouges Path this morning.

Police responded to the Froehlich Farm Nature Preserve after a person walking on a path noticed the body of an adult female off to the side of the path at 8:50 a.m. The woman, who has yet to be identified, was pronounced dead at the scene and her body will be transported to the Office of the Suffolk County Medical Examiner where an autopsy will be performed.

Detectives are asking anyone with information on this case to call the Homicide Squad at 631-852-6392 or anonymously to Crime Stoppers at 1-800-220-TIPS. All calls will be kept confidential.