October 4, 2013 8:52 am | Filed under: Around Town,Investigations,News,Politics,Top Stories of 2013 | Posted by: The Huntingtonian

The connection between political campaign contributions and municipal contract awards has been a murky one. The practice is not illegal but it is considered disturbing amongst many in the New York State Bar Association and most certainly disturbing to the public at large.  This practice raises the specter of a conflict of interest.

The Moreland Commission, that was set up by Governor Cuomo, suggested ways of making donations to and from elected officials who are attorneys more transparent. The commission suggested that they be required to list their clients so that the public could see who they were doing business with.

Town of Huntington Councilman Mark A. Cuthbertson stands out in regard to this type of practice. Our findings indicate that the Huntington Councilman, through his private law firm (Law Offices of Mark A. Cuthbertson),  and his campaign committee (Friends of Mark Cuthbertson) have donated tens of thousands of dollars to elected officials in other Towns. Those same Towns have then hired Mark Cuthbertsons law office to do legal work for them.  Some of the municipalities that he has served as outside legal counsel for include the Towns of Babylon, Brookhaven, Islip and North Hempstead. It is also interesting that when some of these Towns switched to republican control he no longer donated to candidates or elected officials in those towns.

Documents indicate that the Law Offices of Mark Cuthbertson has received a total disbursement of $956,918.65 for the period 2004-2013 for legal services with the North Hempstead Community Development Agency (CDA). Be reminded that this is just from one Town agency.

The Huntingtonian filed a freedom of information request for and reviewed multiple contracts and resolutions dating back to 2004 when the North Hempstead CDA initially retained Mr. Cuthbertson’s law firm.  The resolutions and contracts were adopted by the CDA, which at that time was headed by a Mr. David Wasserman and later on, by a Mr. Neville Mullings. A copy of the contract can be found here.

As a side note, the North Hempstead CDA has a history of scandals, criminal investigations and ultimately convictions. Former CDA head, Mr. David Wasserman was arrested in 2007 and pleaded guilty in 2008 to charges stemming from a North Hempstead Building Department scandal to include Grand Larceny, falsifying business records and receiving unlawful gratuities. For more on that story click here. Another more recent North Hempstead CDA head, Mr. Neville Mullings was recently convicted on various charges in connection with the New Cassel  “Smart Growth” Redevelopment Project, which was one of the CDA’s pet projects. Those convictions included two counts of conspiracy and official misconduct. According to the Nassau County District Attorney’s Office, the New Cassel investigation revealed multiple schemes, including a large-scale bid-rigging and bribery scheme to steer the multi-million project (New Cassel Revitalization) to a selected developer, as well as the theft of public funds. For more on the New Cassel corruption case click here.  For the list of partial verdicts click here.  To watch an Eyewitness News report on the corruption case  from July 2010 click here.

In total, between the period of 2006 through 2013, the Mr. Cuthbertson contributed  a minimum of $38,615.00 to the “Town of North Hempstead Democratic Committee” and to the “Friends of Jon Kaiman” using funds from his ” Friends of Mark Cuthbertson” campaign account.  The photographs below were taken from the New Cassel project this past month. Many of the storefronts remain empty years after construction was completed: 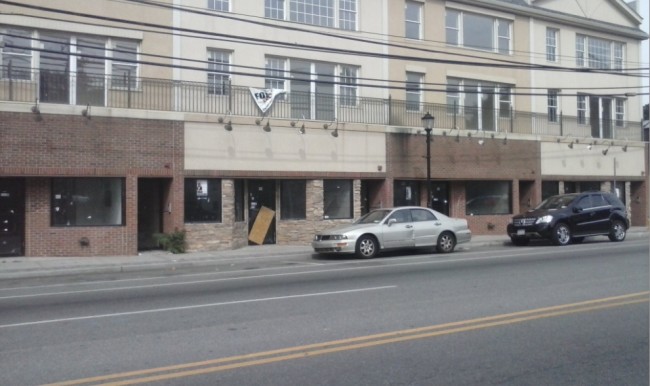 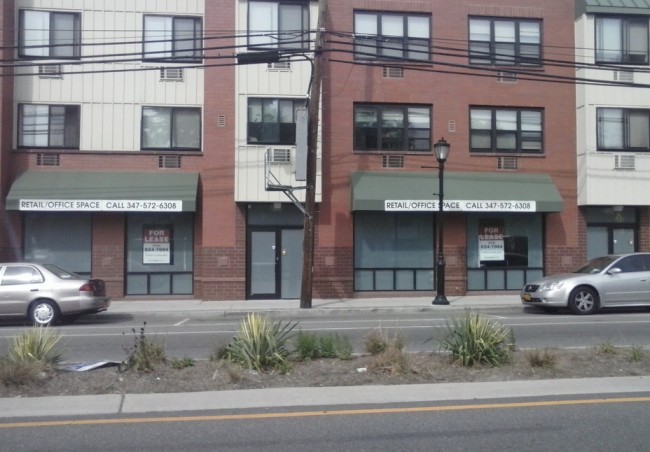 Mr. Cuthbertsons law firm has also been retained by other townships on Long Island. Examples are provided below.

Mark Cuthbertson has been retained as outside legal counsel in the town of Brookhaven.  Specifically under the administration of previous Brookhaven Democrat Supervisors Brian Foley and Mark Lesko.  One case that his law firm defended included “The Meadows at Yaphank”.  In 2011, the Open Space Counsel filed an Article 78 against the town of Brookhaven in order to stop a high density development that included  a 220 room hotel, 332 townhouse units, 294 condominiums and 224 rental apartments. Additional buildings for office space and retail were also part of the project. The site is located in the Long Island Pine Barrens region. The Open Space Counsel said the project was too dense and that it threatened the ecological balance in the area, including the Carmans River Watershed. They also stated that the rezoning was arbitrary, capricious and unlawful. The town, defended by Cuthbertson, ultimately won the article 78  case thereby allowing the development to proceed.

Cuthbertson has contributed significantly to the campaigns of former Democrat Brookhaven Supervisor Foley, Lesko and to current Democrat Brookhaven Councilwoman Connie Kepert.(see chart above) These contributions were made during a period while he was retained as outside legal counsel to the town of Brookhaven.