The press conference was organized by Petrone’s campaign manager, Eric Rotondi.  The speakers were current Town of Huntington Planning Board member Jane Devine and Sherry Pavone who was named woman of the year by Frank Petrone earlier this week.

The pair talked about comments Gene Cook made two years ago at a CSA meeting when he jokingly said he would be “better off carrying a Gun” than a camera because he was trying to end the corruption in Town Hall.

The pair said the comments brought back chilling memories of a hostage situation that took place 34 years ago in 1979.

At the press conference, Pavone and Devine made reference to Sandy Hook and Aurora, but made no reference to the victims of the gun violence in Huntington Station. Many in attendance took exception to that.

Ms. Devine’s opening statement was incorrect.  She stated that the comment made by Gene Cook was at a rally.  It was actually about 2 years ago at a meeting of the CSA where they arranged for Mr. Cook to speak about his first 30 days in office.  The format was that Councilman Cook spoke of his experiences and then took questions from the members.

Devine was not correct when she said someone asked the question “How would you solve an issue in Town Hall?” Devine claimed that Cook said that “it would be a whole lot easier to carry a gun.”  That is a completely untrue.

We advise people to listen to the entire 20 minute tape.

One person was heard from the crowd stating, “This is a character assassination.”  Another said, “You need to watch the whole video.”

Another shouted out that “Petrone and Cuthbertson should run on their record rather than these types of tactics.”

Several people were heard saying, “Where were you when they were closing Jack Abrams?”

Huntington resident Susan Collins said, “I’m confused about what was held here today.  This was called a press conference – which I understood was going to be an announcement or question/answer session held by an official.  This was negative campaigning – which is still campaigning – on Town property.  The primaries have been held, candidates were chosen.  Trying to harass a candidate into leaving the ballot seems like election tampering.  It definitely seems desperate.”

Michael McDermott who attended the press conference said, “what I am concerned with is that we have thugs in office now, they can’t run on their record, they run on character assassination.  They are attacking a really good man.  They are really afraid that Cook may win and actually clean up the corruption in this town.  He wants to have audits; he wants to have full transparency.  He wants to have term limits so we don’t have people who are in there for 20 years.” 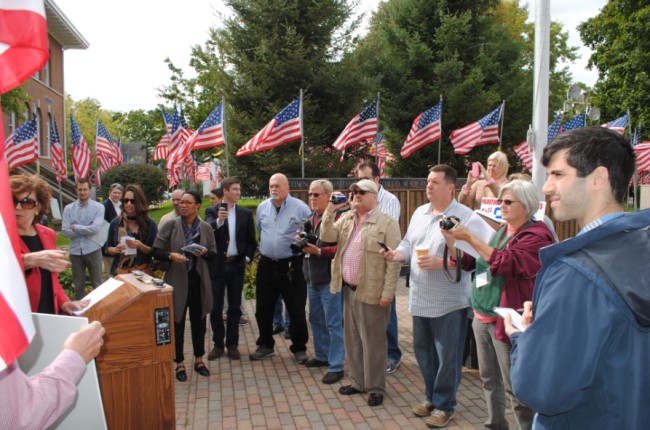 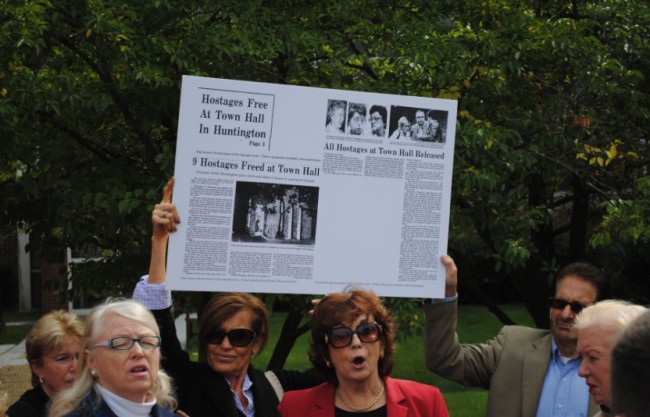 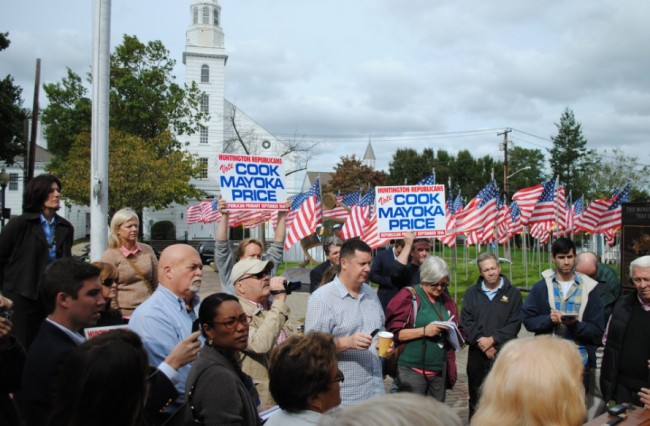 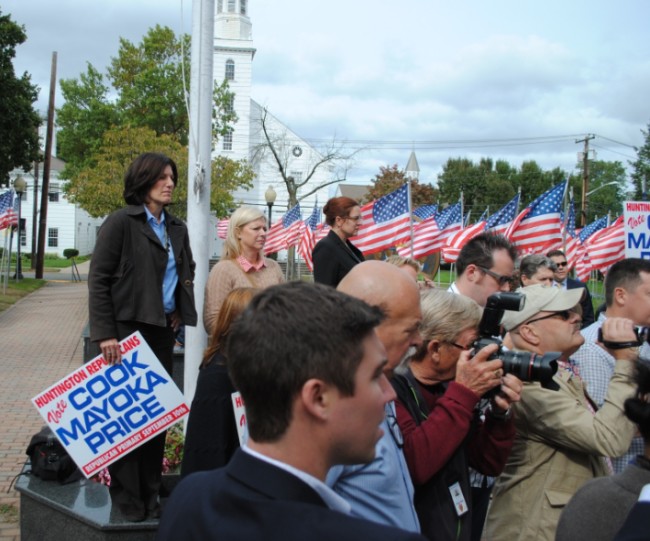 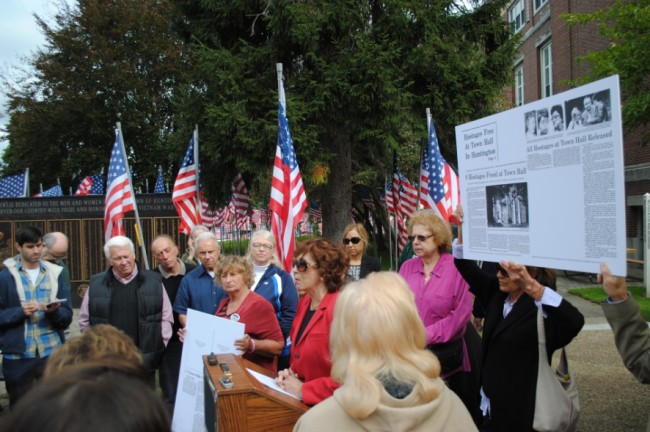