Today, John Gomez announced on his daily radio show that Huntington Supervisor Frank Petrone has handed in his retirement papers. Gomez explained “what this essentially means is that on top of collecting his $160,000 a year salary, he is going to get his retirement pension which will bring his annual intake to nearly $280,000”. Gomez added “and by the way, he just voted himself a raise.”

In late 2012, Petrone voted to give himself a raise.  This was during the same time he voted for CSEA layoffs, elimination of jobs, and increased fees to town residents. 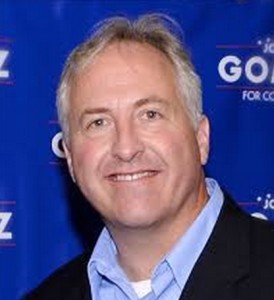 Gomez asked Huntington Councilman Eugene Cook to call into the radio show to further clarify the situation.  Cook explained, “I found out about this on Saturday, but from what I understand, Frank actually submitted those papers back on January 1.  So he knew coming into the new year what he was going to do.”

Cook continued, “by the time he is paid his benefits and the extras he gets,  it is costing the tax payer somewhere around $300,000 per year”.   According to Cook, Petrone is the highest paid Supervisor in all of New York State. “Legally he can do it, morally I find I offensive,” stated Cook.  Councilman Cook encouraged people to write letters to state representatives and Governor Cuomo to say we have had enough of this.  “The law has to change”, added Cook.

Cook said, “for the next 4 years, Frank can stay on board and we will end up paying him a little over 1.2 million dollars.”  Cook continued, We have tax payers all over long Island that are struggling and then you see someone like Frank Petrone and other elected officials “gaming the system.  It is just wrong and it has got to stop.”

Matt from Huntington called into the radio show to say “beyond what is legal and what is not legal,  this is just immoral”. Matt continued, “there is another aspect of this that I don’t think too many people in Huntington are aware of.  Supervisor Petrone has two residences.  He has a home down in Florida, which I believe he spends quite a bit of time.”  He asked Councilman Cook, I would like to know how many days a year as a full time Supervisor does he actually spend in Florida?”

Cook responded, “I do know that Frank Petrone has been down to Florida three times since January 1, where his wife lives in the winter.

Matt asked, “but he’s a full time supervisor, how can he do that?”

Cook responded, “you would have to ask Frank Petrone that.”

Matt continued, “I believe that he commutes back and forth.  I believe he even made the town board meetings once a month, instead of twice month to accommodate that.”

According to Long Island attorney Larry Kelly who called into the radio show, there is nothing illegal about what Petrone is doing but both he and radio host John Gomez questioned the ethics of it especially during these difficult economic times.