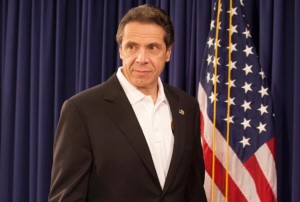 New York’s “gap elimination adjustment” has cost Huntington School District taxpayers and students nearly $11 million in lost state aid over the past five years, including a $1,827,543 reduction in the current school year. The loss amounts to more than $400 per student this year.

The Suffolk County School Superintendents Association and its Nassau counterpart has put eliminating the gap elimination adjustment among its top legislative priorities in 2015. According to the organization, the GEA reduced aid to Long Island districts by $218.5 million in this year alone. If the GEA had been eliminated this year, the tax levy in Nassau and Suffolk counties would be 2.6 percent lower.

The New York State Legislature enacted the GEA for the 2009/10 school year. The Deficit Reduction Assessment helped close a large state budget gap by reducing support for public school districts. Senators and assemblyman made the GEA permanent in 2011/12.

The GEA has resulted in property tax hikes and large cuts in school programs. In Huntington, it initially led to the elimination of the full-day kindergarten program, layoffs for nearly 100 teachers, administrators and support staff members and across the board reductions to academic and co-curricular activities. Since it was enacted into law five years ago, the GEA has cost the Huntington School District a total of $10,995,566 in lost state aid.

“The gap elimination adjustment has reduced state aid to Long Island school districts by more than $1.2 billion over the past four years,” according to the SCSSA. “The GEA further reduces our region’s disproportionately low share of aid generated by the funding formulas.”

Over the past three years, Long Island districts have lost $1,210,646,618 in aid, according to the SCSSA. The GEA reductions have been approved by the New York State Senate and Assembly and signed into law by the governor.

Long Island schools will receive $26 million less in state aid in 2014/15 than they did in 2008/09 as a result of the GEA. The loss has caused property tax increases in every community, including Huntington.