Another Crash on Depot Road This Time Deadly 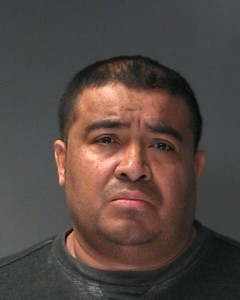 while intoxicated after his vehicle struck and killed a pedestrian in Huntington Station.

Jose Gaitan was operating a 1999 Nissan Maxima southbound on Depot Road last night at approximately 10:30 p.m. when his vehicle struck a pedestrian who was attempting to run across the road near East 12th Street in Huntington Station.

Gaitan, 48, of Huntington Station, was arrested and charged with Driving While Intoxicated. He is being held at the Second Precinct and is scheduled to be arraigned at First District Court in Central Islip on April 18, 2016.

Local resident James McGoldrick stated “Huntington Station residences have been asking and asking for more patrols and speed checks on Depot and all around.”  Melville road residences have been asking for at least 6  months for radar traps at the monthly police meetings. They want them on Melville road where one resident, had clocked cars at 60 mph in front of his home.  James McGoldrick also stated ” I have been in touch with the police and town hall, nothing is getting done.  I feel it is time, to now have the police privatized or become the incorporated village of Huntington Station and have our own police force.  Things are out of control here, just two weeks ago,  one block from this, a police car was T-boned on Depot when a women was talking on her cell phone and ran the red light totaled a $100,000 police SUV on the way to a call.”  Huntington Station residence, on different social media accounts have been complaining too, about the lack of patrols and action by the police.  Many stated they feel not enough is being done to control the drunks, the drivers without licenses/insurance, the weak lighting for the streets as they are so many pedestrians just walking everywhere and anywhere, dressed in black clothing.  New York Avenue is full of men just walking down the middle of the street after 1-am on Friday/Saturday nights, as they leave the many bars that line NY Ave.

The vehicle was impounded for a safety check and the investigation is continuing. Detectives are asking

anyone with information about this incident to call the Major Case Section at 631-852-6555.

A criminal charge is an accusation. A defendant is presumed innocent until and unless proven guilty