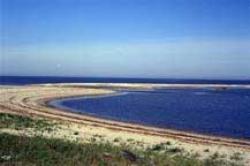 Marine Bureau officers assisted four men stranded on the Long Island Sound in an open boat during a severe thunderstorm on Friday, July 1, 2016 at approximately 10:35 p.m.

Fermin Ortiz, 39, of Brentwood, and three other adult male passengers left the Soundview Boat Ramp in Northport shortly before 8 p.m. on July 1 for a fishing trip. Once offshore, their engine became disabled and would not start.

Marine Bureau officers Erik Johnson and Gary Quenzer, on patrol in Marine Bravo, were operating in zero visibility conditions during a heavy downpour and lightning when they spotted an unidentified target on radar and approached to investigate. They came upon the four men adrift in a 14-foot 1951 Sea Nymph aluminum boat, attempting to re-start the engine.

As officers brought the police boat alongside to tow the vessel to safe harbor, Ortiz was able to start the engine, and the boat was able to proceed under its own power. The officers guided and escorted the men back to safety at the Soundview Boat Ramp in Northport. The men were uninjured and did not require medical attention.

The Suffolk Police Marine Bureau reminds boaters to check the weather forecast before heading out on the water, and make sure that both you and your boat are equipped to handle the forecasted conditions. Check your safety equipment before you depart, stay up-to-date with the forecast during your trip, and remain alert for changing weather.

At the time of this incident, the National Weather Service had issued a severe thunderstorm warning and a tornado watch in for the western Long Island Sound.