January 5, 2017 3:27 pm | Filed under: Asharoken,Events,Heart of the Community,News,Northport | Posted by: Nicholas Wieland

Youth Football Thrives in Northport in Spite of National Trend 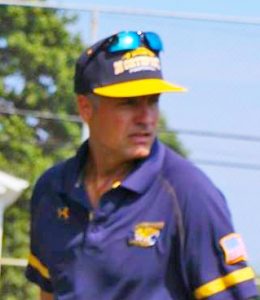 Over the past 5 years, Benjamin Carey was instrumental as vice president in building the Northport brand within PAL, running teaching clinics, and creating a number of community building events with the Town and East Northport Chamber. He started the annual Pee Wee homecoming for the youngest age group, and through instructional clinics, movie nights, clam bakes, and other grassroots events; he was able to achieve record enrollments for the club in all but this past year. 2016 was a year where organizations across the country saw enrollment drops. Ben has done a great job of bringing in a long list of NFL and NCAA players to teach kids safe and competitive football techniques, inspire them, and give back to the community. During his tenure as vice president NPYFC had it’s first team make a Division I Superbowl appearance, a record number of teams make the playoffs, and a program where all players have learned the game safely and under good coaching. Ben is a Hunter College Phys. Ed. & NCAA alumnus, and a business development professional with a diverse toolset honed on Wall Street and in the digital space. He is the founder of Long Island Youth Football Association (LIYFA), President of the nationally acclaimed Youth Football Coaches Association (YFBCA), and serves on the board or as an advisor to numerous football and youth sports organizations. He enjoys working with children and families in the community, and is always willing to help those in need. A survivor; he devotes time to fundraising for the American Heart Association and the John Ritter foundation. His most cherished asset is his wife and children.

Over a decade ago the NPYFC founders Ken Femiano and Chris Pica established it as a competitive club in line with the Suffolk County PAL model of A, B & C teams. Succession planning, like that of any good company, has ensured that these ideologies are deeply engrained in the organization for generations to come. The board has been expanded for 2017 to accomplish the numerous tasks involved in running it.

“The diverse group brings unique talents, a common love for competitive football, and they enjoy working with children and the community. This charitable group of men and women will execute a wide range of responsibilities for the organization”, said Benjamin Carey.

You may read full bios of the impressive new board, at the club’s website http://www.northportyouthfootballclub.com/ 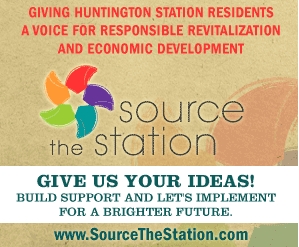