Three Commack High students, Charity Russell, Abbigayle Cuomo, and Raphael Iskra, will be representing the Commack community on the world stage in Los Angeles, California at the International Science and Engineering Fair during the week of May 14, 2017. These students earned prestigious Intel Division Grand Awards at the Long Island Science and Engineering Fair in March, qualifying them for the international competition with students from around the globe.

Abbigayle’s “A Study in Westward Recurving Tropical Cyclone Tracks in the Atlantic” earned 1st Place in Environmental and Earth Sciences. Westward recurving storms in the Atlantic Ocean, such as Hurricane Sandy, have damaging consequences, and Abby studied storm tracks with an eye towards improving forecasting. Abby also won a Ying Scholar Award, a National Oceanic and Atmospheric Administration Award, an Association for American Geoscientists Award, and an American Meteorological Society Award at LISEF.

Raphael studied “The Effects of Nitazoxanide on Chaperone/Usher Pathway Assembled Virulence Factors in Gram-negative Bacteria,” and won 1st Place in Microbiology. Raphael investigated transport across the outer bacteria cell membrane. In addition to his first place title, Raphael also earned a US Air Force Award at LISEF, and a Ying Scholar Award.

“Our science research program continues to excel,” stated Dr. Alison Offerman Celentano, Director of Science. “Our teachers provide opportunities for students to follow their passions through original research, where they learn 21st century skills that will benefit them for a lifetime. We are so proud of Charity, Abby and Raphael for the prestigious invitation to compete at ISEF in California with students all over the world and know they will represent Commack with dignity and poise.” 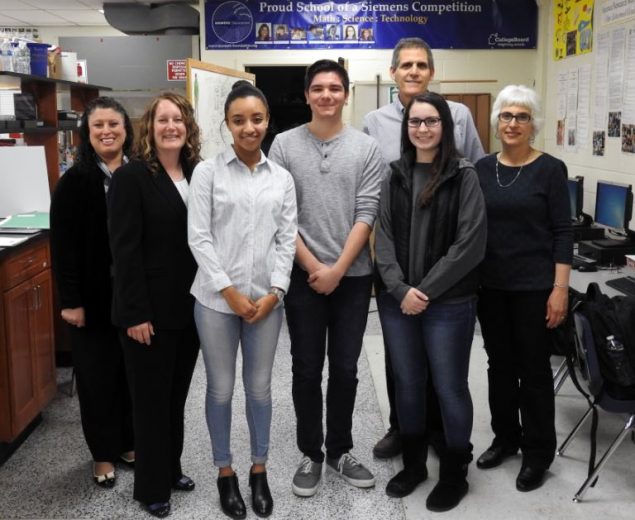