Northport High School senior Travis Roux is the school’s latest to take home “All-American” honors following his fifth place finish at the Adidas Track and Field Indoor Nationals for the weight throw. His throw of  66′ 0.50” (20.13m) earned him the finish, and the University of Connecticut bound student is ready to take his talents to their Indoor Track and Field team next year.

The national competition, which took place in Virginia Beach, had over 2,000 students competing in various indoor track and field sports. Travis’s strong finish earned him the “All-American” title, which succeeds his various recognitions from the 2019-2020 year including All-County Honors and 6th in All-State.

Travis’s coach Nick Gueits described the senior as “completely dedicated to his craft.” Mr. Gueits shared “when practice is over for everyone else, it isn’t for him. He takes the sport home and there is no amount of coaching you can do in a two-hour practice that can compete with someone willing to put in the work after hours.”

Travis is now gearing up for the spring season where he will be competing in the hammer throw. At the University of Connecticut next year, Travis will continue both discus and hammer throwing.

“Through all his success, Travis has remained the polite, humble kid he was when he first came out for the track team four years ago. He is fun to be around and makes going to practice enjoyable,” stated Mr. Gueits. 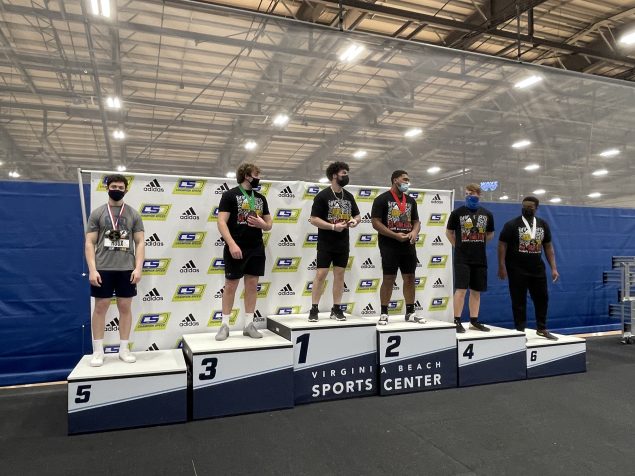