News Release From the Town of Huntington

This morning’s Newsday brought the story of a federal court breach of contract action by the investors in Cross Sound Cable against LIPA for tens of millions of dollars.  In that case, LIPA should make a motion to dismiss, as the contract was never ratified by the Public Authorities Control Board, and is a nullity. Will they? The public never got the details, or got to have PACB approve the details which are now part of the CSC plaintiff complaint. These contract details include that no matter the complete fault of the CSC entity, the LIPA ratepayers would have to pay for the continued “availability” of an unavailable cable.

This followed a Nassau Supreme Court proceeding in AEP Resources v LIPA in 1999, where LIPA was ordered by Nassau Supreme Justice Winslow to submit all contracts dealing with the Cross Sound Cable to PACB for review and approval.  LIPA and Cross Sound Cable walked out of Judge Winslow’s courtroom and ignored that court order. That was a violation of Judge Winslow’s Order and Public Authorities Law.  In effect, there is no legal contract between LIPA and Cross Sound Cable.  It is time, in the federal court action, for the federal court to deal with the illegality which taints the contract raised by the plaintiff Cross Sound Cable.  The original investors in CSC followed a scheme which became all too familiar to those of us who investigated LIPA. The taxpayers and the ratepayers pay for LIPA’s arrogance and indifference to the law.  The private companies make contract deals which avoid any public review.  The passing of Judge Winslow this month was the passing of a gentleman who laid out the specifics of the law to the participants in a rogue scheme.  The fact that one of those rogues is suing the other comes as little surprise.  The chutzpah of one of them using the court system they so diligently avoided for the last twenty two years tells me they believe the public will continue to overlook their criminality.

“This is why we must STOP LIPA!” 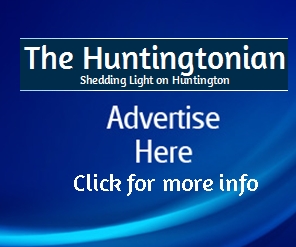