QUID PRO QUO IS THIS A PROBLEM?

June 6, 2021 7:44 pm | Filed under: Business,Hamlets,Heart of the Community,News,OPINION,Politics | Posted by: Nicholas Wieland

REPUBLICAN AND/OR A DEMOCRATIC ISSUE?

Working Families Party has petitions for the following election positions, which usually are Democratic Candidates:

Supervisor – Marissa Anderson (According to public social meeting posts Marissa Anderson works For Smyth Nora LLP as a paralegal. So she is running against her boss Ed Smyth for Supervisor in Huntington how interesting. In the Observer article Ed Smyth stated he knew nothing about any of this. Can that be true, is what everyone should be asking? As I write this I am flabbergasted.) 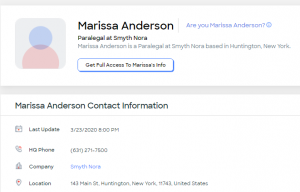 Andrew White and Walter Casey carried and got petitions for Oddo and Smitelli. Both White and Casey in March were hired to work at the town, in the General Services Department with salaries of $36,206.  Department head Andrea Sorrentino is running for Highway Superintendent

Which raises the question: Is this a quid pro quo problem?

For those who do not speak Latin or who may be unacquainted with legal terminology, the basic concept behind “quid pro quo” can be summed up in a more colloquial saying in English: If you scratch my back, I’ll scratch yours.

“Quid pro quo is Latin for ‘thing for thing,’” Paul Butler, a professor at Georgetown University Law Center, said.  It means giving someone something he or she wants, but only if that person gives you what you want.  “The thing about a quid pro quo,” Professor Butler added, “is it makes the conduct look like a shakedown.”

Bribery is a white-collar crime. Per the Legal Information Institute of Cornell University Law School, bribery is the offering, soliciting, giving, or receiving of any item of value (i.e. money, gifts, meals, assets of value, etc.) for the purpose of influencing someone who holds a public or legal duty. The federal bribery statute, 18 U.S. Code Section 201 has three basic elements: 1) giving or promising to give something of value, 2) to a public official, 3) in order to influence any official act by that public official, or in order to get that public official to commit a fraud or allow a fraud to occur, or to get that public official to do something in violation of their duty or to not do something required by their duty.  The public official can also be guilty of bribery if they initiate or invite the bribery.  The statute can also apply to the giving or receiving something of value in order to influence the testimony of another before Congress or at a trial.

Well is this Working Families petitions and all things going on a Quid Pro Quo?

It is fishy no matter which sunlight is provided and it smells.