Man Arrested After Stealing Vehicle at Gunpoint in Melville 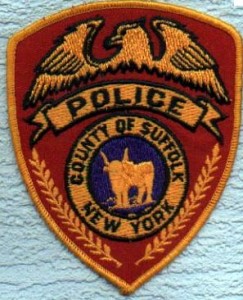 Suffolk County Police arrested a man for stealing a vehicle at gunpoint in Melville and fleeing police. Wednesday, June 9, 2021 at approximately 12:45 a.m.

Two people were approached in the parking lot of Cirella’s Restaurant, located at 14 Broadhollow Road, Melville at approximately 12:45 a.m. by a man armed with a gun who demanded their vehicle. The victims complied and the man fled in the vehicle.

Fifth Precinct officers observed the vehicle, a 2005 BMW X3, on Long Island Avenue in Medford and attempted to pull over the vehicle but the driver failed to stop. Officers deployed stop sticks on Mill Road in Medford and the driver then fled on foot. Multiple officers pursued the man on foot and he was taken into custody at 1:32 a.m.

Mitchell will be held at the Second Precinct and is scheduled to be arraigned at First District Court in Central Islip on June 10, 2021.