Dawn Valle was recently named the new director of math, science, technology and federal grants for the Elwood School District. She had served since 2014 as assistant principal at Elwood Middle School. Valle previously worked as a principal for the New York City 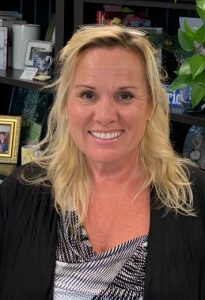 Valle earned her bachelor’s degree at the College of Staten Island of the City University of New York, her master’s degree in school leadership at Touro College, and her advance certification of district leadership from Dowling College.

“I am excited to begin this new journey,” Valle said. “It has been wonderful to continue working with my colleagues and be able support them in new ways, including optimizing the funding provided by the federal grants. I am also looking forward to building new relationships with our staff across the district and collaborating with them to enhance our instructional programs in math, science and technology.”