Opinion: Party Politics -There Has To be a Better Way! 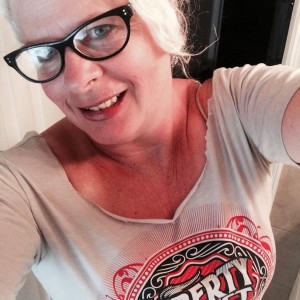 Gigi Bowman is a Libertarian Activist who runs several organizations with the mission of keeping the public informed on a variety of issues from politics to healthy and safe foods. She recently ran for Senate and lost to incumbent Carl Marcellino.  You can read more about Gigi here.

I keep trying to step away from politics but it keeps sucking me back in when I least expect it.  I was having fun zombie-ing out and watching my reality TV shows and shoving bonbons down my mouth while getting my nails done when along comes this little article in the local Huntingtonian newspaper that knocks my socks off…..  Peter Nichols, who once ran for Huntington Town Council as a Libertarian, has decided to run for County Legislature in Suffolk’s 17th district…..and he’s running as a write-in candidate!

It’s not that there is no time to collect signatures or that he has no manpower behind him or that he doesn’t have enough donations –but, the most liberty minded libertarian I’ve ever met, has come to realize after doing it once before that going out there and using up all your time and energy and resources and the time and energy of your friends and family to collect signatures on a third party line is the most RIDICULOUS THING ANYONE COULD POSSIBLY DO!

The two party system on Long Island is filled with criminals in office with expendable lawyers and cash it seems (WAIT –is that expendable cash your taxpayer money?? Probably :)) and they go after anyone who runs third party by challenging their signatures.  Peter knows this.  I know this.   They took me to the 5th level supreme court to waste my time, energy and dollars by challenging my 5,191 signatures during the 2014 State Senatorial race for 5th district.  It’s what they do.  It’s the game they play.  The Republicans and Democrats tag team off of each other taking turns which third party candidates to go after.  In all my years in the Libertarian party it’s been one candidate after another –out there spending their summer collecting signatures AFTER the Republicans and Democrats have done so, I might add, so that they can spend the second part of their summer in court trying to prove they didn’t commit fraud!   It’s a vicious cycle and it’s not going to end as long as the people keep on voting for these scam artist.  Third parties don’t have the donations and income in order to market themselves like the BIG TWO –especially when whatever donations they bring in ends up getting spent on frivolous lawsuits. Many of the lawyers and judges in these cases can do this in their sleep.  It’s a ploy and a tactic to keep ordinary American citizens from joining the rat pack of American politics.

Peter is going to run as a write-in candidate and he’s not going to spend any time or money WASTING his time and money collecting any signatures.  Imagine if the people in the 17th legislative district woke up and took a stand and made a statement that could possibly domino into something grand and great like taking our country back??  Something so simple as walking into the polling place on election day and writing in a candidates name rather than voting party line.

How many more articles in Newsday do we have to be subjected to giving us the skinny on yet another NY legislature or party boss getting arrested for fraud? Haven’t we seen enough of this? Aren’t we tired of paying taxes to line the pockets of these criminals who seem to be making more laws and rules that tip in their favor?
Here’s what you get if you write in Peter Nichols’ name…..a man who truly believes in freedom, liberty and small government. A man who doesn’t want to create any more laws to control your life or to generate more income for the mob squad running our government now.  Take a stand on election day and stop voting for the reason’s we are the most expensive place to live in the country with the biggest criminals in office.  Write-in your vote.  Do the Write thing. 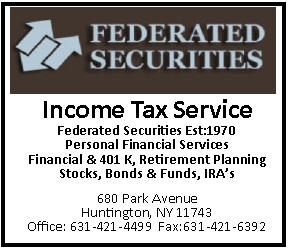